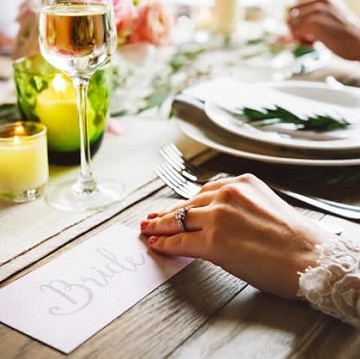 Custom Tabletop Designs are Becoming a Staple in Michelin-Starred Restaurants


Michelin-starred restaurants always cause a stir worldwide. Nowadays, people aren’t just coming to see the food on the plate, people also want to see what their food is served on and in what sort of environment.

This is officially the age of hyper-curating, and the world’s most renowned chefs are on the hunt for the designers that can help them create one-of-a-kind pieces for their restaurants. Both designer and chef work together to take the culinary world to a different level.

Stockholm’s Frantzén, became Sweden’s first restaurant to receive three Michelin stars. They serve elevated Nordic cuisine with Japanese influences. Chef Björn Frantzén chose to work with Swedish potter Stefan Andersson, who makes traditional stoneware pottery. Stefan learned the style from his uncle, Jan-Åke Andersson, one of the founding fathers of wood-fired pottery in Sweden. Andersson uses age-old processes such as ancient glazes made from rocks and classic wood-firing techniques, where ash melts and settles on the clay to form ceramic defaults in the clay.

Restaurants in Spain are also catching onto this movement. Andreu Genestra restaurant, located in Majorca received its first Michelin star in 2015, and commissioned a series of centerpieces from Dutch designer Niels Datema. Detema uses Majorca’s cultural and artisanal traditions as inspiration for his work. The restaurant uses local products and techniques in order to pay homage to the culinary culture of this Spanish island. It’s also surrounded by a 600-square-meter Mediterranean garden where chef Andreu Genestra grows his own vegetables, herbs, and grapes. Detama designed pitchfork centerpieces for Andreu, which act as sculptural platforms that allow art and function to intertwine.

Datema drew his inspiration from the island’s agrarian traditions to riff on the traditional farm tool. He studied old-school rusty tools and then re-created this effect by working with a local metal artisan and using oxidized metal.

Scallop shells and sea urchins were the starting point for Chef Ripert’s and Luttamann’s new centrepiece dishes for the restaurant Le Bernardin. Chef Ripert said it was essential for Luttmann to grasp Le Bernardin’s ethos being “the fish is the star of the plate”. Luttmann spent a long time in the restaurant, eating the food and gaining a full understanding of what the restaurant is all about. From his research, Luttmann created custom shell dishes to serve some outstanding scallop dishes.