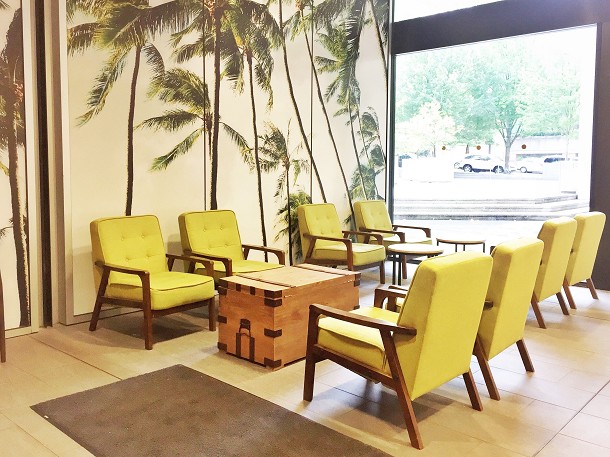 Plants on the Walls Is In! the Botanical Wallpaper Trend Is Taking Over the Design World


Plants have been a growing trend in the interior design industry for a while and it shows no signs of stopping, and social media feeds are now overgrown with pictures of succulents and greenery!

Many American restaurants will now feature plants not just in pots, but all over the walls! Botanical wallpaper is the pattern of choice for many of America’s top designers and is being used to bring life to dingy and dull dining rooms.

Here are a few restaurants that are using botanical wallpaper to make a statement:

Sandrine Rossi, who is the owner of Frenchie, had the idea of creating a relaxed and peaceful atmosphere within the dining room. A dark wallpaper from Amsterdam-based Ellie Cashman Design was chosen by Designer Cécile Thieulin, from Paris architecture firm Descombes & Thieulin. The wallpaper was used to cover the back wall of the main dining room, which runs into an atrium overlooking a beautiful garden. The wallpaper was used to create an effect of a blooming glass bubble… how etherial!

Oysters and the tropics aren’t the most obvious pairing. However, tropical wallpaper was the perfect fit for Leo’s Oyster Bar which was inspired by Mad Men, the 1950s and Hawaiian design.

Jake Mogelson - former creative director for Big Night Restaurant Group - designed the retro-tropical wallpaper, which is adorned with bold large green palm fronds and pink flowers. Jake said he wanted guests to feel as though they have stepped back in time into a retro oasis.

This restaurant has used a wallpaper from Antropologie to create a watercolour mural of multicoloured climbing vines covered in flowers and birds.The designer of this dining room, Linda Kaysen said she wanted to make the dining room feel like an extension to the patio and refers to it as the garden room.