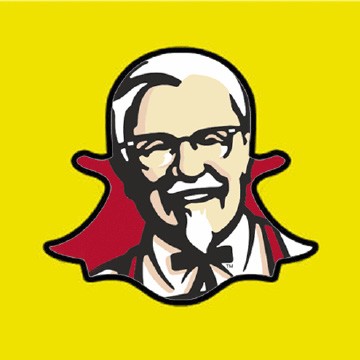 KFC Fans Use Snapchat to Bring the Colonel to Social Media


KFC have given fans of the chain the chance to ‘Colonel-ise’ themselves through Snapchat.

The new lens, released at the end of last month, will allow fans to bring out the Colonel in them by providing his iconic white eyebrows, white goatee, glasses, and bowtie.

KFC’s Chief Marketing Officer Kevin Hochman, said: “Starring as the Colonel in our advertising may be an exclusive gig, but on Saturday, anyone can be the Colonel on Snapchat.”

Sponsored Lenses offer Snapchat users with the ability to apply visual effects and sounds to their selfies. The feature allows brands to take part in communication on the platform in a more fun and interactive way.

The move came in the same week KFC announced the release of a limited-run of free Extra Crispy fried chicken-scented sunscreen. Response to the product was greater than expected, and where KFC initially promised 3,000 bottles to lucky consumers, the Colonel, in his old age, ‘forgot to hit the off switch,’ which resulted in more than 9,000 bottles requested in about two hours, with 5,000 of those requests in the final 10 minutes.

“We had no idea there would be such demand for fried chicken-scented sunscreen,” Hochman added.