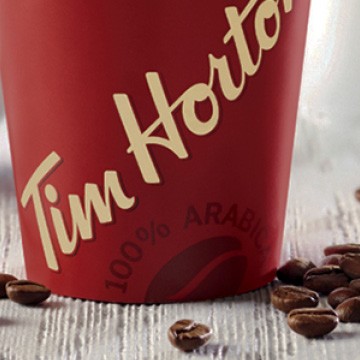 
Tim Hortons, the cult Canadian brand renowned for its coffee and doughnuts, will begin stretching its reach into Britain next year as part of a global expansion.

Following the July announcement of a similar agreement in the Philippines - the brand’s first stop in Southeast Asia –Restaurant Brands International, owner of Hortons as well as the Burger King chain of restaurants, has confirmed that it has formed a master franchise joint venture with an investor, which it did not name, in Great Britain.

The deal will now see the opening of stores in England, Scotland, and Wales.

With thousands of outlets already in operation in North America and the Middle East, the number of stores planned, and the date of which the first will be unveiled, has yet to be specified.

Daniel Schwartz, CEO of Restaurant Brands International, said: “Great Britain is an attractive QSR market with a strong and growing coffee culture so it is a natural fit for the brand.”

Tim Hortons was founded in 1964 by former hockey player Tim Horton, and currently has in the region of 4,464 restaurants that serve items such as sandwiches and soups, as well as their famous coffee and doughnuts.