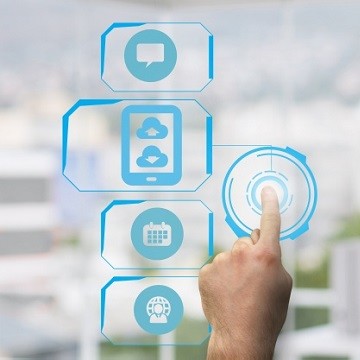 Digital Signage is Here to Disrupt the Restaurant Industry


The American fast-casual restaurant chain Freddy’s Frozen Custard & Steakburgers has invested in digital menu boards and has since been enjoying great success.

The chain’s chief operating officer, Scott Redler has said that the company, which has more than 240 locations worldwide, is able to benefit by being able to update all the menu boards simultaneously to showcase regular menu items or roll out seasonal offers.

Freddy’s started implementing digital menu boards a few years ago, and since then all of its restaurants systemwide have made the switch.

Always looking to update their services, the chain has recently added a scrolling twitter feed to their digital menu boards, enabling the chain to see what guests are saying about their establishments.

Paying homage to their humble beginnings, McAlister’s Deli recently launched a new chalkboard-style menu, on both digital and static boards. “Think about what you can do to get that branded look and feel though animation, photography and graphics,” says Randy White, vice president of retail information technology for Focus Brands, which includes the likes of McAlister’s Deli and Moe’s Southwest Grill.

The signage was designed in-house, then deployed to 283 screens in 49 stores. White has said that some establishments have six digital menu boards and two static boards to cut costs where necessary. The new signage has been found to be easier to read and serves to reduce wait times.

The future of signage

Given that people tend to stand around menu boards for minutes at a time, while they decide what to order or whether or not the menu takes their fancy, there is scope for facial recognition technology to be implemented in restaurants across the globe. According to White, such technology would be able to capture ''general demographic information, like age and gender, and update the board messaging to promotions targeted to the guests standing in front of it''.

Some brands have already implemented facial recognition technology, such as KFC CHINA in Beijing. The Beijing establishment features a smart menu board equipped with facial recognition that  makes menu suggestions based on the guest’s age, gender and facial expression. In the U.S., Texas and Illinois laws prevent use of such technology without prior customer opt-in, so restaurants have been accounting for this by providing guests with the option to use facial recognition at their self-ordering kiosks on future visits.