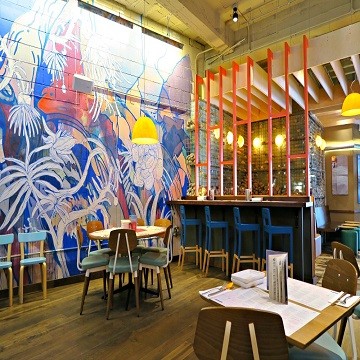 
Mexican restaurant chain Wahaca are set to open a new eatery in East London that will act as a hub to experiment with Mexican cooking.

The Shoreditch restaurant will provide a platform for Wahaca to try out new ideas and recipes; with the most successful of the newly developed dishes likely to make the menu of its restaurants across the country.

This will give diners in the restaurant the opportunity to taste these creations before they’re rolled out to the group’s remaining eateries.

Recipes created in the experimental kitchen will be inspired by founders Tommi Miers and Mark Selby’s recent travels to Yucatan, Mexico City and Oaxaca in the south of Mexico.

The menu will continue to be shaped by traditional Mexican cooking techniques, but the team aim to also bring to fruition many of their interpretations of modern Mexican cuisine.

Amongst the new dishes to feature at the restaurant will be blackened cauliflower tacos with cashew nut mole, and whole roast sea bream with al ajillo butter and kohlrabi slaw.

The Mexican restaurant group are also working with El Blanco Niño to create a corn tortilla made from non-GMO corn that is suitable for coeliacs.

The eatery will be able to seat 120 diners and its design has been influenced by the restaurant’s surrounding area.

The East London restaurant will also be the first in the Wahaca chain to use a digital bill tablet - which will let its visitors leave instant reviews on the group’s new dishes.